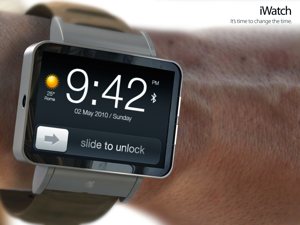 The ‘iWatch,’ Apple’s highly anticipated entry into the smart-watch (and wearables) market, has generated a lot of commotion lately. Much of this interest has been sharply divided into the “will fail” and “won’t fail” camps. Since I’ve been following Apple and the tech industry for as long as most of these prognosticators, I’ve decided to weigh in as well.

For example, infamous tech-industry curmudgeon John C. Dvorak believes the iWatch is going to flop. (1)Note: we have no idea what the name will be, if in fact, this product even exists. The name iTime has been used as well. He says that for it to succeed, it would have to replace the iPhone for most users. Since this isn’t technically feasible (in an elegant form factor), it’s more likely Apple will introduce it as an iPhone accessory. But, Dvorak argues, people want to reduce their ‘gadget profile,’ not increase it. He says, “If it can’t replace the iPhone completely it’s a goner.” While keeping in mind Dvorak’s poor track record on things like the mouse, iPhone, and iPad, he does make some good points.

And, while having a phone on your wrist – instead of in your pocket – has some advantages, it is a complete UI (user interface) nightmare. The trend in smart-phones has been bigger screens, not smaller. And if you’ve ever used an iPod Nano, you know how ‘fun’ a small-screen device is to use. (2)‘Fun’ in a very sarcastic manner! While I’ve been highly critical of even the smallest sized smart-phones approaching an un-pocket-able state, a watch sized screen is certainly too small to replace a phone.

So, while I agree with John about reducing our gadget profile, I think trying to replace a phone with a watch would make it a goner. But, I also agree that it’s not enough to have health monitoring sensors or home automation control. These might appeal to a few vertical markets, but most people aren’t going to care once the novelty wears off.

Others are more optimistic, thinking the iWatch is going to be the next big thing (and market) for Apple. This article from The Verge says, “Apple’s smartwatch will definitely sell. Here’s how it could change everything.” The evidence that it will sell, though, was based on a Jimmy Kimmel comedy routine. He generated interest in a $20 Casio watch with an Apple sticker on it – and here’s the kicker – in Hollywood. No need to further elaborate on all the problems with this ‘study.’

Of course if Apple builds one, it will sell. The problem here is one of expectations. This is why my position is that it will – and won’t – fail. It is just a matter of perspective.

I noted above that Dvorak has a horrible record on predicting Apple’s future product success. But, I think this is substantially different. The reason he was wrong about the iPhone and iPad, is that there was a huge market waiting for someone to come along and fix the pain. Anyone using a ‘smarter-phone’ prior to the iPhone knows this well.

Dvorak simply failed to believe Apple could make the leap it did. He wasn’t alone. Most of the ‘industry experts’ and tech analysts predicted Apple would fail, including now former CEOs of smart-phone competitors. Tablets, likewise, had been tried a number of times before the iPad, but all were horrible implementations that completely missed the mark. Apple made a true tablet that didn’t suck, and it was something people wanted.

The problem with the iWatch, is that there just isn’t such a market. Who wants one, no matter what it can do? Ok, if they include a food-replicator or transporter, I’m game. Otherwise – and here comes the big point – it could do every last thing any of the most optimistic tech articles have imagined, and I’d still not care. And my best guess? Neither will the majority of the rest of the people on earth.

So, it will fail, right?

Wrong. If Apple brings out an iWatch, they already know what I’ve stated above all too well. There is a market for the iWatch. It just isn’t a BIG market. It’s a speciality market. And, it will succeed within the parameters Apple has planned for it. It just won’t be, “The Next Big Thing!”

Gadget geeks might want one. In fact, a significant number more than for the wildly successful Google Glass. (Please don’t miss the sarcasm there!) There are a bunch of vertical markets for health-care and fitness, though again, not huge numbers there either.

And sure, there is a market for people wanting an accessory, giving them notifications and such without digging into their pockets. I just don’t see this as a big market.

One overlooked category so far is the fashion watch category. Apple’s history of attention to design detail and quality (and that they’ve hired a bunch of fashion industry figures in the last year or so – and Jonathan Ive’s recent comments, if accurate) might point toward this being a high-end product. If so, they hope to bridge the gap between expensive jewelry and tech.

As cool as that might be, again, it just isn’t a huge market. Now, don’t hear me wrong. I’m not trying to say it won’t sell well. It may well sell tens of millions. But it isn’t going to be Apple’s next iPhone.

What about, ‘the Next Big Thing’?

The problem is that ‘industry experts,’ tech analysts, and day-traders alike seem to believe Apple needs another ‘next big thing’ soon. And many seem to think the iWatch might just be it. And THAT is the problem; ignorance combined with unreal expectations.

If you’re an ‘investor’ counting on the iWatch or Apple to have another ‘big thing,’ you’d better run now. All the gamblers – I mean day-traders – will be disappointed. That won’t be good for stock prices until reality sets back in. If you’re an actual investor, enjoy the show. Apple is as strong as ever. Just pay attention to what Apple is actually doing, so you’re ready to run some day when Apple shows real signs of heading down the wrong path.

If you disagree, please just answer one simple question. What could a smart-watch possibly do that would create a mass-market for it?